← more from
Bad Elephant Music
Get fresh music recommendations delivered to your inbox every Friday.
We've updated our Terms of Use. You can review the changes here.

by The Fierce And The Dead 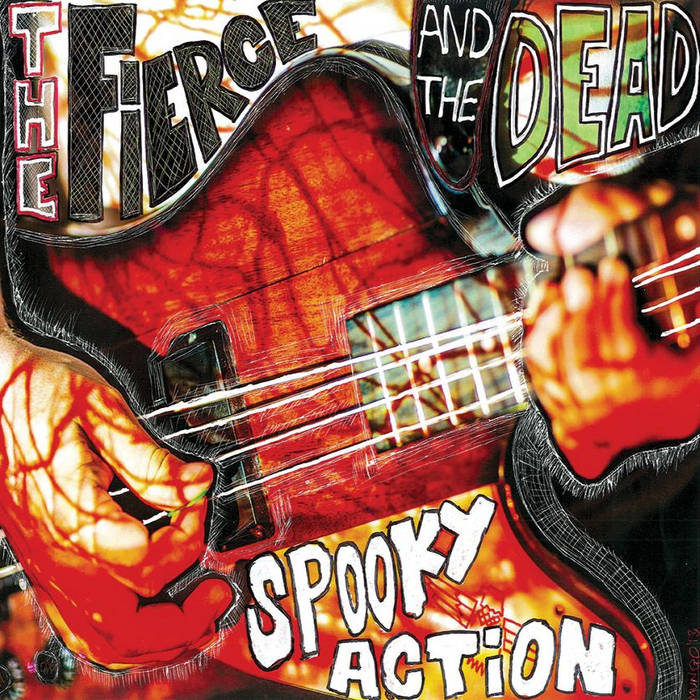 Lord Dunabunk The Fierce And The Dead are one of those bands you find by chance & glad that you did - their catchy instrumentals & heavy riffs make it ideal driving music though word to the wise DO NOT LISTEN TO THROUGH VARIABLE SPEED ZONES as you will end up with a ticket...Spooky Action is a great starting block to appreciate this brilliant band. Favorite track: Let's Start A Cult.

Paul Phillips Very, very good. Great varied intrumentals to get your day off to the perfect start. A bargain in November Favorite track: I Like It, I'm Into It.
more...

Spooky Action is a blend of edgy guitars, savage beats and intense melodies that lure the listener through a progressive adventure around bright corners and down dark alleys. "Songs about cults, quantum physics and absent friends" is how the band themselves describe the album, and we can guarantee you'll hear no other record like it this year!

This is The Fierce And The Dead's second full-length album, and their first with Bad Elephant Music.

Written and produced by The Fierce And The Dead

The Fierce And The Dead London, UK

Formed in 2010, they released their breakthrough 3rd album The Euphoric in 2018 via BEM records which was Classic Rock Magazine’s Prog Album Of The Year and 8th in Prog Magazine’s critics choice. Prog magazine included them in their 100 Prog Icons. Recent headline shows in Manchester and London sold out months in advance. ... more

Bandcamp Daily  your guide to the world of Bandcamp

Quelle Chris joins the show to discuss his most recent release, "DEATHFAME"